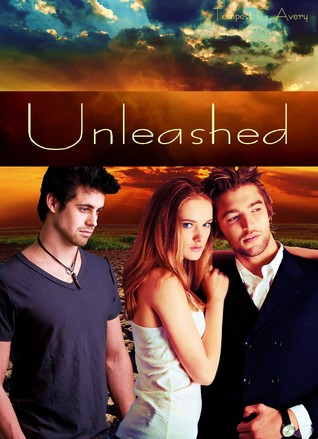 It's been three months since Spencer Perry first made her deal with the god of the Underworld-a year of her spending nights below in exchange for the life of her boyfriend Micah. Now with Micah back, making those promised trips to hang with Hadrian-better known as Hades-has gotten even more complicated. Not to mention the fact that an evil Persephone is hell bent on releasing malicious spirits on the world. And on Spencer. The threat forces her to spend more time with the god, and less time with Micah, igniting feelings within her that leave her guilty and confused. How could she be falling for Hadrian when she's always believed that Micah was her soulmate? The clock on their deal is ticking down, but with every second Persephone gets more and more restless. In the end, the only way through the evils of the Underworld might be for Spencer to give into her true feelings. No matter who that ends up being for.

I really enjoyed the first book in the series and was excited to get my hands on the second one. Spencer had this intense emotional connection to Hadrian and with Micah brought back from the dead, she was going to have to truly face herself and her feelings toward the two men in her life.

To be honest though, the story started off extremely slow. There was a lot of explanation about the events of the first book and not a lot of action. It wasn’t until about a third of the way in that the plot began picking up and I found myself invested in it.

Spencer is still in danger from the wrath of Persephone and she has to learn to control her newly discovered powers so she’ll be prepared for anything that might happen. She’s learning that her once perfect relationship with Micah might not be as perfect as she always believed now that he’s been brought back to life. His green-eyed monster rises to the surface every time he sees her with Hadrian and when she does have free time, he’s always catching up with the friends he missed while he was dead.

And Spencer’s relationship with Hadrian only continues to confuse her. She knows she has feelings for him, but is it love? And is it worth giving up Micah for, someone she once swore she’d grow old with? In short, it was true to the ways of the love triangle. A confused girl, being pulled in two entirely different directions.

While all the loose ends were tied up in Unleashed, new ones were created for the third book. To be honest, I was expecting a lot more from this story than what I got. For the majority of the book we saw Spencer get pulled in two different directions as she tried to sort out her feelings and getting irrationally angry at Hadrian even when it wasn’t his fault. There was a fighting scene at the end, but even that seemed minor and I felt like it was over too quickly. When it was over I was just like

Overall I enjoyed the story but felt it wasn’t as good as Unhinged. I’m still interested in the series and will finish it and would recommend it if you enjoy retelling of myths, but just don’t get your hopes up for an action-packed adventure.
Posted by Unknown at 04:48