Surrounded by enemies, the once-great nation of Ravka has been torn in two by the Shadow Fold, a swath of near impenetrable darkness crawling with monsters who feast on human flesh. Now its fate may rest on the shoulders of one lonely refugee.

Alina Starkov has never been good at anything. But when her regiment is attacked on the Fold and her best friend is brutally injured, Alina reveals a dormant power that saves his life—a power that could be the key to setting her war-ravaged country free. Wrenched from everything she knows, Alina is whisked away to the royal court to be trained as a member of the Grisha, the magical elite led by the mysterious Darkling.

Yet nothing in this lavish world is what it seems. With darkness looming and an entire kingdom depending on her untamed power, Alina will have to confront the secrets of the Grisha . . . and the secrets of her heart. 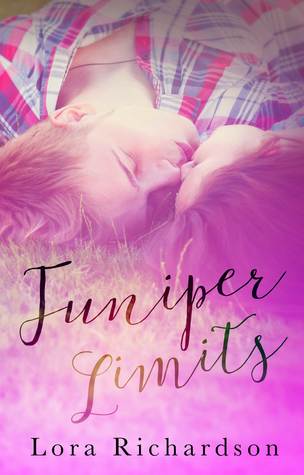 Celia has spent her life waiting for the next crisis. When the tension at home begins to ease, she wonders if she’ll finally be able to relax. Her father has stopped drinking, her cousin Fay has moved back to Juniper, and it seems like Paul might really care about her. But trust is an uphill battle for Celia, fighting against doubt the whole way.

Paul has been drawn to Celia for as long as he can remember, and she is finally giving him a chance to show her how he feels. But when Celia can’t stop worrying everything will fall apart, and when things in Paul’s own life take a turn for the worse, can they learn to rely on each other?

~~Continue Reading~~
Posted by Unknown at 08:11 No comments:

Giveaway: The Intuitives by Erin Michelle Sky and Steven Brown! I was given my very first physical ARC by the lovely Trash Dog Media Publishers back in March - The Intuitives by Erin Michelle Sky & Steven Brown. (see review here)

And this book is officially being released on the 25th of July, and I am absolutely honoured to host a giveaway of a signed copy of The Intuitives on behalf of the authors!

As well as being my first physical ARC, this is also my first official giveaway! I've a lot to be thankful to these authors, so I'm so happy to be able to do this for them.

You will be able to enter by signing up to my blog and Trash Dog Media's newsletter, and you can get extra entries by sharing it on various social media's (Instagram, Facebook, Twitter etc.) Just fill out the Rafflecopter below! This giveaway runs from the 18th - 24th July, so be sure to sign up before it's over!

a Rafflecopter giveaway
Posted by Unknown at 06:42 4 comments:

Review: The Unexpected Everything by Morgan Matson

Andie had it all planned out. When you are a politician’s daughter who’s pretty much raised yourself, you learn everything can be planned or spun, or both. Especially your future. Important internship? Check. Amazing friends? Check. Guys? Check (as long as we’re talking no more than three weeks).

But that was before the scandal. Before having to be in the same house with her dad. Before walking an insane number of dogs. That was before Clark and those few months that might change her whole life. Because here’s the thing—if everything’s planned out, you can never find the unexpected. And where’s the fun in that?

Jennifer L Armentrout is partnering with The Ivy Bookshop, to offer an exclusive pre-order option for IF THERE’S NO TOMORROW!

*All preorder swag items were designed by Beaulitful Buzz!

Each pre-order purchased will include:

**There are limited quantities of the pouches, stickers, post cards, and bookmarks, so they are being offered with each pre-order while supplies last. (However, all pre-ordered copies of IF THERE’S NO TOMORROW via this offer will be signed and personalized.)


This preorder offer is exclusive through this link: 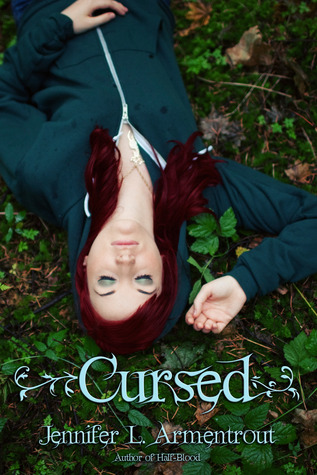 After a fatal car accident, her gifted little sister brought her back. Now anything Ember touches dies. And that, well, really blows.

Ember operates on a no-touch policy with all living things--including boys. When Hayden Cromwell shows up, quoting Oscar Wilde and claiming her curse is a gift, she thinks he's a crazed cutie. But when he tells her he can help control it, she's more than interested. There's just one catch: Ember has to trust Hayden's adopted father, a man she's sure has sinister reasons for collecting children whose abilities even weird her out. However, she's willing to do anything to hold her sister's hand again. And hell, she'd also like to be able to kiss Hayden. Who wouldn't?

But when Ember learns the accident that turned her into a freak may not've been an accident at all, she's not sure who to trust. Someone wanted her dead, and the closer she gets to the truth, the closer she is to losing not only her heart, but her life.