Hey guys! Happy Hallowe'en. This is just an update post to apologise for not writing as many posts this month. I've been crazy busy! Between college, work, eating, sleeping, reading.... There just aren't enough hours in the day! I knew I was going to be busier when classes started again, but I've found that I'm so tired at night I can barely get a chapter in before I start drooping.

I've also been in a book slump the last few months - none of the new books I read really grabbed me and made me want to sit down and read. Which didn't make me very enthused for writing reviews of them. So this is basically a post to let you all know that I haven't disappeared, but I might not post as many reviews as I want to. I'll still try and reply to every comment you guys make, but it could take a while.

Stay with me; there's only one year of college left! I can do it.

I thought I had nothing left to give. I thought wrong. They started the war. Now I will end it.

In the stunning conclusion to the wildly popular White Rabbit Chronicles, Alice "Ali" Bell thinks the worst is behind her... until Anima Industries, the agency controlling the zombies, launches a zneak attack, killing four of her friends. It's then she realises only the worst has only begun.

As the surviving slayers prepare for war, Ali discovers she, too, can control the zombies... and she isn't the girl she thought she was. She's connected to the woman responsible for killing — and turning — her boyfriend's mother. How can their relationship endure? As secrets come to light, and more slayers are taken or killed, Ali will fight harder than ever to bring down Anima — even sacrificing her own life for those she loves.

Can you believe it's October already?? Where did the year go? Schools are starting up again, shops all over the world are stocking up on Hallowe'en (and Christmas) decorations, and Starbucks are selling pumpkin spice coffees! It's officially Autumn, guys.

Of course, because school has started again, and I also started a new job as a teacher in a Montessori preschool, I don't have much time for reading. (I should really be working on my assignments instead of writing this blog post!) Whenever I read at night I have to stop after only a chapter or two because I phyically can't keep my eyes open. So my TBR for this month is going to very manageable. I didn't read that much in September, either.

So here's my TBR:

I'm halfway through the second book in the Dark Materials series, and I'm really enjoying it so far! Phillip Pullman really knows how to write in a way that visualises the entire scene as if you're in the story too.

I'm re-reading The White Rabbit Chronicles, on the third book, and loving it just as much as the first time around! Ali is such a funny protagonist. I'm halfway through this book too, so I should get it done in the next few days.

After reading The Subtle Knife, I hope to finish the series with The Amber Spyglass. Will it be a satisfying conclusion to the series? I think so.

And then I of course have to finish the White Rabbit Chronicles with A Mad Zombie Tea Party. It'll be sad to say goodbye to this world (again) but it ends wonderfully, and I can't wait to experience it again! 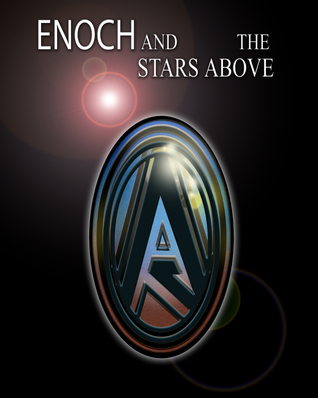 I probably won't get around to this book this month, but I'll add it anyway. I have an ARC of Enoch and I hope to read it once I finish my other series.


So there's my way too ambitious TBR for October! Do you guys think I will manage it? What books have ye got for your TBR? Let me know in the comments below!