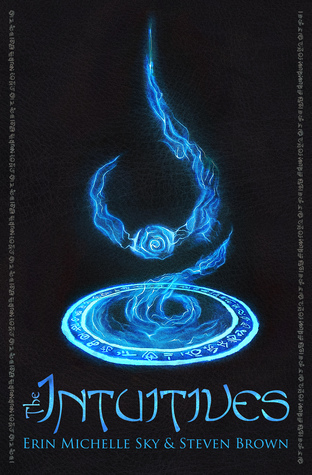 In Egypt, an archaeological team discovers the lost tomb of Alexander the Great, breaking its seal for the first time in over two thousand years. Seven years later, every public school student in America takes a strange new test, but only six are chosen to attend a summer program at the mysterious Institute for the Cultivation of Intuitive Cognition, where nothing is as it appears to be, including the students themselves.

Roman Jackson sees the true nature of humanity—literally—hiding his visions from the world to protect his wrong-side-of-the-tracks family. Samantha Prescott is a cynical genius, isolated from her peers by a premonition that even she doesn’t understand. Daniel Walker is a brilliant musician, able to hear people’s secrets through the soundtrack of his mind. Mackenzie Gray is a Muay Thai champion—a Western fighter who still follows the old ways of the wai kru ram muay. Kaitlyn Wright is an orphaned engineering prodigy, desperate to keep the only home she and her grandmother have left. Ashton Hunt is an expert gamer, on the verge of turning pro, and a constant disappointment to his father.

But why is the US government so interested in six teenagers? And what, exactly, is it teaching them to do? When helicopters start crashing and a plane goes missing over the Atlantic, they must band together to uncover the true purpose behind the Institute—and the ancient secrets that lie hidden beneath its surface.

Before history catches up to them.

*I'm already going to treasure this book as it was my very first physical ARC! (Being from Ireland, it’s easier for companies to send them through my Kindle, so this was a lovely gesture). Thanks again to Trash Dog Media Publishers for sending this book out in exchange for this honest review. It does not impact my review in any way.*

I really enjoyed this book. It had great characters, an interesting storyline, and always kept me on my toes.

So what’s the story? It starts off in Egypt, where a very important tomb has just been opened which has catastrophic results. We then jump ahead seven years where we’re introduced to our six main characters: Roman, Daniel, Rush, Samantha, Kaitlyn and Mackenzie. They undergo (what appears to be) a standardised test, but it turns out these five teenagers and one preteen possess special gifts that the government need. So these six kids are sent to a summer programme to help the government.

I have to admit, this book kept me in the dark until about 300 pages in. I had no idea where this book would head. It wasn’t in an annoying way – I still really enjoyed it! I mean, it still follows that YA trope about a group of kids with unique perspectives about the world find that what makes them different is what might make them heroes. But the way the authors handled it was really refreshing and it didn’t feel unoriginal or trope-like at all. It could’ve gone in so many predictable ways, yet I still was guessing until the very end. Everything flowed wonderfully, between the story and the relationships between the characters.

Regarding the characters, I loved them. It had a bit of a slow start, as there are six main characters that are all focused on. In fact, the first six chapters of this book are giving a background check into each character’s family life and personality. It meant the book started a little slow but I really appreciated having a sense of who each character was. So many books with a lot of characters just brush over their arcs and individuality so they all blend into one grey blob.

I think Roman (or Sketch) is my favourite. He was the youngest, at eleven, and comes from a fairly dysfunctional family. He’s also got a special gift in which he can see how good or bad someone truly is by seeing more in each person. For example, his older brother has a terrible temper and Sketch knows when that anger is going to surface as bees start buzzing angrily around him. It’s something so unique that was written so believably. When Sketch meets the other characters in the summer programme, he meets people that are so unlike anybody he’s ever known and he learns to accept his gift for what it is. It was so great!

The book tried to add in a minor romantic subplot between four of the six main characters, but honestly, it wasn’t needed. When it did show up it seemed very forced and sudden and I don’t like that some authors feel they need to have romance in a book to make it successful. I believed and loved the friendships between them all and there was no need to add something more into it.

The one thing I found confusing is the nicknames. Each of the six main characters is given nicknames soon after they first meet, and for the rest of the book they go back and forth between their true names and the nicknames. Since this book is written in third person and it goes back and forth between the six characters constantly, I often had twelve different names to try and remember so it was disconcerting to know who each one was. Maybe if each chapter stuck with only one character’s point of view and that chapter had the character’s name on the top, it might have been easier to decipher the names. Or just choose whether their name is going to be their true name or the nickname, and stick with that name for the rest of the book.

However, with everything being said, I really enjoyed this book. It comes out July 25th, 2017, so be sure to pre-order or pick up a copy if you can. It’s a truly refreshing read.
Posted by Unknown at 09:04