I'm sure you’ve all heard or seen on the interwebs, that 13 Reasons Why, a new miniseries that aired on Netflix recently, has taken the world by storm, and everyone has been binge-watching it, and getting their friends to binge-watch it, and trying to understand the feelings and pain that this show brings. And it brings a lot of pain over what happens to the characters in this show. I will be talking about the TV show here, not the book, as the TV show strays quite a bit from the 288 page YA novel by Jay Asher. So, warning! If you have not read the book or seen the TV show, there will be major spoilers. I have just finished watching the last episode, and I have a lot to say about it. This may technically be called a review, but it is also a rant.


Like I said, 13 Reasons Why is based off a YA book, which tells the tragic story of Hannah Baker. She has just recently killed herself, and everyone is still reeling from it, including our main character, Clay. He was friends with Hannah and didn’t understand why she felt she had to die. Then he discovers 13 mix tapes in a shoebox, and is shocked to find Hannah’s voice coming out of his Walkman. She explains that there were 13 reasons why (get it?) she felt she had no choice but to kill herself, and each mix tape is dedicated to a person who did something, or just stood by while something happened, which all led to her slitting her wrists in a bathtub.

Clay is our quintessential good guy in this, just a socially awkward teen with few friends who wants to get through high school without incident. So he’s shocked when he realises he’s on one of the tapes, and tries to figure out, just like the audience, why and what he did to drive Hannah to that bathtub.

And to make the show last 13 episodes, they use the plot device of having Clay get panic attacks if he listens to them all at once. Instead he listens to the recordings one at a time, and keeps confronting the other characters — quizzing them, arguing with them, fighting with them — without knowing the whole story, or his own role in it, even though he could find out with just a few hours of binge listening. It makes no sense as anything but a plot device, and you’ll find yourself, like Clay’s antagonists, yelling at him to listen to the rest of tapes already.

That was one of my biggest problems with Clay throughout this show – he jumped to conclusions constantly, not realising that the worst was still to come.

When I watched the first episode, I immediately felt so bad for Hannah Baker. She seemed like such a genuinely nice girl; she was pretty, spunky, funny, stood up for herself, and it made me wonder, what went so wrong in her life that she felt her only choice was to end it? Did she have no one to talk to? Did she feel completely alone and isolated, did she have no opportunity to get help? And as the show unfolded we see little titbits of Hannah fall away in each episode, and we start to understand why. Those 13 different people on those mixtapes all played a minor role in what happened to her. They all grabbed a hammer and gave a good crack to the protective shield Hannah had around herself. And as each person (intentionally or no) hit that glass, the crack got bigger and bigger, until she simply could not take it anymore. It was not one big thing; it was many little things to led to that shield completely shattering.

As the show went on, I started to feel less sorry for Hannah, and more like she brought the drama on herself, and I actually started to hate her a little bit. She accused each person on those tapes of bullying her, of breaking her soul and her spirit, and yet, it didn’t seem to occur to her that she was being a complete hypocrite because by putting out tapes of reasons why she wanted to kill herself, to each person, it was bullying! It was breaking their spirits, and their souls, and emotionally destroying them. All the characters that had a tape were all completely consumed with guilt over what happened.

I mean, yeah, maybe it will help them to be better people and think about their actions in the future, but just listening to those tapes would emotionally scar them for life. Maybe she was just too consumed over her own pain, and just wanted revenge, but she did not realise she was being just as bad by passing around those tapes.

Maybe if she came from a disruptive home, like one of the characters did, with emotionally withdrawn parents that she couldn’t talk to, I could understand why she felt she had no choice. Except that, even though she didn’t have any close friends, she did have an amazing support system in her parents! It was shown in the clips that they obviously cared so deeply for her and wanted her to be happy. I don’t understand why she couldn’t talk to her parents about some of the pain she was in, even if not all. They would’ve helped her get the help she needed. 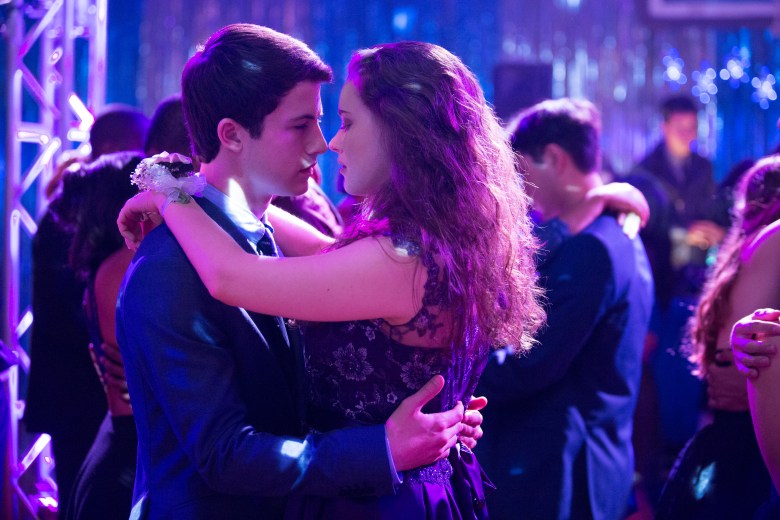 I know bad things happened to her; she was very unlucky in that many of classmates stabbed her in the back or thought she was “easy” because of some rumours. And this lowered her self-esteem so much that she felt she didn’t deserve anything good in life. So while I'm not saying she deserved anything that happened to her, her diminished reputation and waning self-confidence led to new incidents of bullying or abandonment.

When she decides to give life “one last try”, she goes to her school’s guidance counsellor for help, but instead of offering treatment options, he questions her in ways that make it seem like the issues she’s dealing with — including multiple instances of sexual assault — are her fault.

I know suicide happens, and it’s awful. But this show glamorises it and pretends it is okay to take your own life just because you have one shitty counsellor who didn’t follow you out the door. There are lots of councillors in the world; if she really wanted to live, she could’ve found another councillor who wouldn’t have tried to blame what happened on her.

This may be an unpopular opinion, so I'm sorry. I know they aren’t real characters and it’s just a TV show, but all I can think is what if impressionable young teens see this, empathise with Hannah, and try and follow her example?

So you tell me, am I being too harsh? What was your take on the show, if you watched it? Let me know in the comments below. 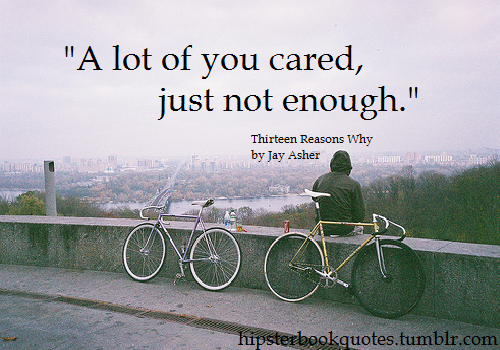 If you or someone you know needs help, please call the National Suicide Prevention Lifeline at 1-800-273-TALK(8255) or visit their website or you can call the Samaritans on the free helpline 116 123.
Posted by Unknown at 05:06